June 1st - happy anniversary to my loving wife Debbie - may we have many more that are just as good or better than the first 18!

Interesting thing about celebratory events - they always seem to center around food.  What do you want to do for our anniversary?  The answer always seems to come down to what restaurant do you want to visit.  Even with both of us dieting in our own special ways, we couldn't shake the idea of eating out so we let the kids decide.  We ended up at Kissui Sushi.  I watched the kids eat about $100 worth of delicious looking sushi and sashimi while tasting a little bit of edamame.  Debbie did a good job too - not swaying too far off her plan of eating whole foods.

Going back a few hours, in the morning I had a softball game and after it was over I baked that bread that had been rising over night.  It came very good - not great.  I think it needed a bit more flavor or salt because it was a little bland.  Very crispy crust though.  And as you can see, it looked fantastic.  It had a lot of nice airy holes in the interior.  With a little butter, honey and salt it was really, really good.  By itself it was a little bland but that might make for some good breadcrumbs once it gets stale - if it makes it to stale.  I don't think it will last the day. 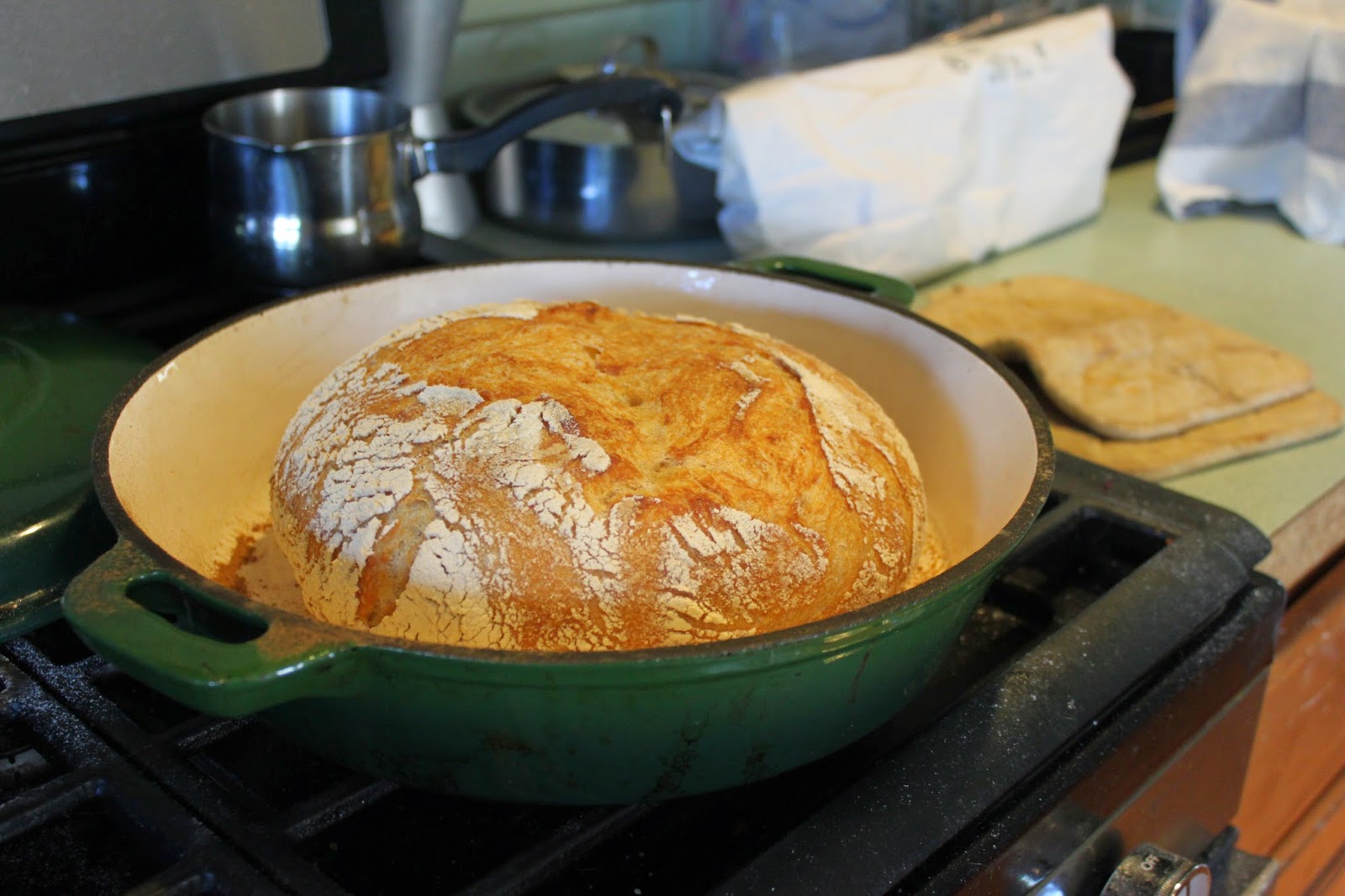 I had the idea to try some spearfishing today but that got cancelled due to a bad weather report.  The new plan was to take the dog and Jamie to the beach/park at end of street.  I brought my SUP (Stand Up Paddleboard) to try it out and to test my balance.  It was a little too windy which made the SUP a challenge.  I fell off once and went right into the drink.  I tried a little fishing off of it - no luck.

After my bread had some time to cool I just couldn't get enough.  I really have to moderate when it comes to the bread or else I am going to gain weight and get a headache - just like with the candy.  Debbie thought the addition of flour to the SDC reward list was a stupid idea.  We'll see.  I just really enjoy making these cool loaves of bread from time to time.

Before heading out to dinner, I set up my fish cleaning station in the garage and cleaned massive amounts of fluke. Alex and Jake helped.  I gave a piece to Jake to take home for dinner.  Hopefully his parents are willing to cook it for him.

With some of my remaining bread I am planning on French toast in morning.  I have also been accumulating bread crumb scraps in a bag so that I will be able to bread some fish fillets soon.  Back to work tomorrow.
Posted by Doug Peterson at 10:10 PM