Although it is Saturday there is no rest for the weary.  It's kids baseball day!  Ty has a game at 8:30 am followed by Jamie's at 11.  Debbie is doing some work this morning so I am on baseball duty.
It was fun but we were rushed in the morning which made it difficult for me to eat breakfast.  I quickly sauteed some striped bass pieces which were quite delicious.  I'm getting pretty good at that and the way I slice it makes it cook very quickly. 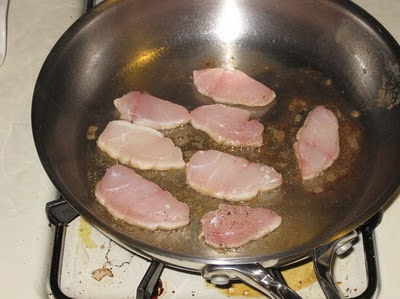 I grabbed a bottle of water and we were off for the whole morning.  After Ty's game we went to Jersey Mike's Subs to get the kids some lunch to go.  This was very difficult for me because I REALLY wanted a sub.  They make pretty classic subs there with seasonings and oil and vinegar which soaks into the bread just perfectly.  I watched the kids eat them and watched lettuce and tomatoes fall out on the ground as they were biting.  Uhg!  I really wanted a big bite of that sub.

After the games I was getting pretty hungry.  When we got home I did another bass sautee the same way as breakfast and put on a pot of rice.  I think I'm doing ok with my rations so far and I should be eating more rice than I have been lately.  The smoked bass strips were all gone because I munched on them all night last night while watching television.  I've heard that it's not very good for you to eat too much smoked food because of its carcinogenic effect.  I will try to limit that a little more but I looked forward to the bluefish.
While the rice was cooking I took out the dried bluefish and it had a nice sticky pellicle so I seasoned it with pepper and it was smoking time again. 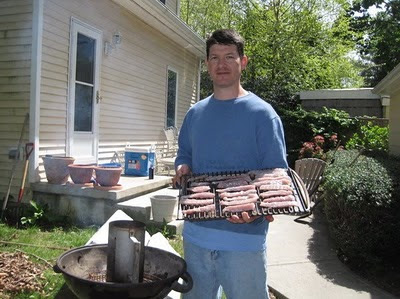 I didn't like the gas grill after what happened yesterday with the bass so I decided to clean up the Weber charcoal grill and give that a try.  I got about 10 coals started up in the chimney.  While that was going I soaked a ziplock bag full of wood chips to get them saturated for the smoker.  I also added the charred wood chips that were left over from the gas grill figuring they would add to the process.   I made a tin foil pan and filled the bottom with soaked chips and then I put a layer of piping hot coals on top of that and then covered it with another layer of wood chips.  I positioned all of the fish strips on the rack and almost immediately the chips started smoking.  I covered the grill and let it do it's thing for about 2 hours.  The temperature never got about 200 (perfect) and the amount of smoke was insane.  Just what I was looking for and what I was lacking with the gas grill. 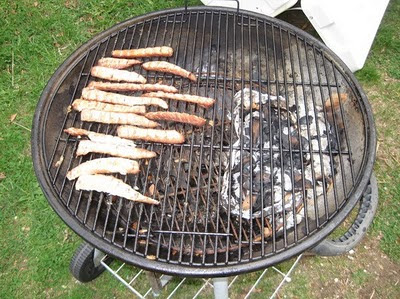 When the fish was done, Ty and I gave it a taste.  It was excellent.  Not too salty (after a thorough rinsing beforehand) and still quite tender.  Not a hint of fishiness (because I was very careful to cut out all of the red meat in the bluefish) and just the right amount of smokey flavor.  That was definitely the way to get the smoker going.
I didn't over do it on the smoked bluefish.  I want that to last for a while so I bagged it up and put it in the fridge.  I can snack on that whenever I get the urge.  I just have to keep Ty from gobbling it all up. For dinner I had previously defrosted and nice piece of striped bass with the skin on. 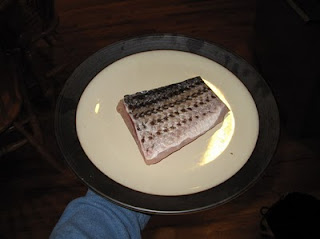 My goal was to cook it so that the skin got nice and crispy on the outside.  It worked pretty well and it was a fantastic dinner. 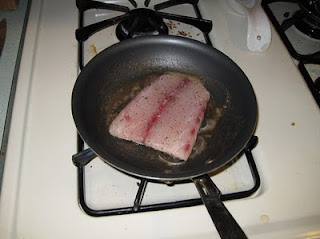 I went out to the yard to look for more of those Viola flowers.  Not only are those flowers quite sweet and tasty, the greens that come off of them are very good too.  They don't have that abrasive bitterness that the dandelion green or that mustard garlic has.  It's a very 'lettuce' like flavor.  I picked a bunch of those greens and made a bed of them on my plate.  I put the bass fillet on top, added some brown rice and a piece of smoked bluefish - and topped it all off with a few of the pretty sweet purple flowers.  Now this was a dinner that I could have regularly!  I actually think Debbie was a little jealous of my meal compared to hers. 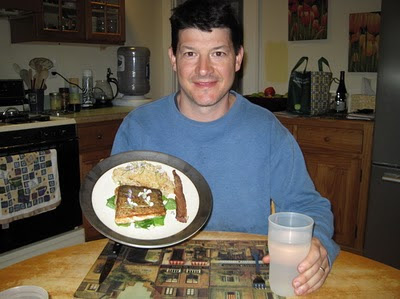 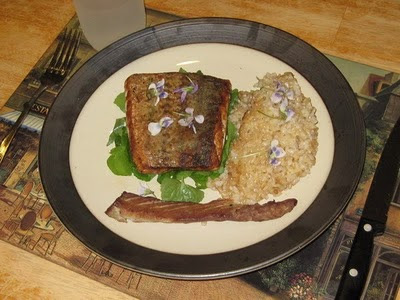 Back to clams again tomorrow - I still have about 8 cherrystones in the fridge needing to be cooked.  Maybe I'll try something different for breakfast.  And I have to remember to take out another ration of striped bass from the freezer tomorrow too.  Maybe I'll cook that other rib section tomorrow afternoon.

It will be 2 weeks tomorrow.   Still going strong but I have been tested several times already.  My will power is waning and I need to stay mentally strong at this point in the challenge.  My temptation to cheat and steal leftovers from the kids is very strong I must admit.  So recently this is becoming more of a mental challenge than a physical one.  Overall I feel pretty good but this afternoon I was feeling a little energy drained while playing ball with Ty.  I took a mid afternoon nap and that seemed to help revitalize me.  Just have to stay the course and keep moving forward.


"It's the amount that you do over and beyond what's required of you that determines your degree of success."
Posted by Doug Peterson at 10:48 PM