I woke up this morning with high hopes in catching some type of fish for the grill.  The weather was threatening to rain all morning but I decided to throw caution to the wind and take the boat out.  I grabbed a handful of beans from the fridge for breakfast and brought some clams and worms with me for bait.  Today was the first day out on the boat this season so that in itself is usually an adventure.  Something always goes wrong with either the engine or the steering or the trailer or one of the other hundred things that could have something go wrong.  What was it going to be this year?
I neglected to winterize my engine and I didn't even take the batteries out for winter storage or charging.  However, despite my lack of winter care, the engine started right up and never had a problem.  Amazing!  Everything ran perfectly - but there were no fish!

It was really windy and choppy so there was no chance at all to go out to the ocean.  I stayed in the main channel of the Shrewsbury River and tried catching a striped bass by drifting with worms on one rod and clams on another.  Nothing - not even a nibble.  I briefly tried jigging for bass or blues to no avail.  I used some of my time on the water to test out my new live well set up and it worked pretty good.  Not great but pretty good.

When I got home I was frustrated and hungry so I immediately headed back out to try to find a local trout stream.  It is call Hotchhochkins Brook and is about 15 minutes away.  I found a couple decent access points where I could park the truck and walk to the stream.  I was there for about 2 hours.  Not a single nibble.  I totally SUCK at fishing.  The newspaper today had pictures of kids of all ages holding all of these big trout.  Me? Nothing!  So in the past week or two I've gone flounder fishing twice, trout fishing three times, striper fishing once and have not had a single bite!  Not a bite.  That's frustrating.  I'm either going to all the wrong places, going at the wrong times, or I just don't know what the hell I'm doing.  I think it's probably a combination of all three - and not knowing what the hell I'm doing probably encompasses all of the above.

At least I found a clam spot.  Clams.  I'm totally starting to get sick of them.  I have run out of ways to prepare clams using just salt.  I tried mixing a little maple syrup in with some clam strips to see if that would taste any good.  I made the maple syrup by draining sap from our maple tree in the back yard and then boiling the sap down until all that was left was syrup - almost exactly how I got the salt from the ocean water.
The syrup clams were different.  Not good, but not terrible either.  I don't really know what I was expecting.  It still tasted like clams.  I think I would really enjoy fried clams with cocktail sauce or clam cakes or clam chowder!  mmmmm.   But all the extra ingredients for those things are not available. 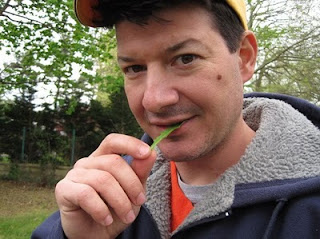 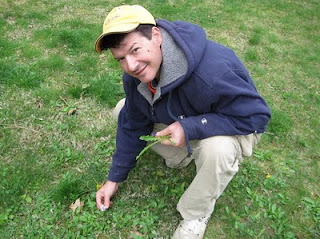 Demoted to mere "gatherer" status today.
I am feeling a bit stuck right now.  The weekend weather looks crappy and even if it was nice out, I don't know where, when, or how to catch a fish anyway.  Gotta keep trying.  I've gone through about 2 cups each of beans and rice so far.  That ration seems to be a good pace.  We'll see.