Day 1 AD - Oh How the Mighty Have Fallen

My plans of not going overboard, went overboard thanks to Rob and Monika's family birthday party for their daughter Amanda.  It was a food fest and the desserts just kept coming.  This came AFTER the personal delivery of an entire box of chocolate covered strawberries from Pat (Thanks again for that Pat!) in the afternoon.  I completely gorged myself on chocolate covered strawberries - I just couldn't contain myself.  Then at the party, well, I couldn't be rude. . . with all of those homemade desserts.  It's going to be VERY interesting how my body reacts to this in the morning.

I started my first day AD with a delicious omelet stuffed with blue cheese and crabmeat - so good. 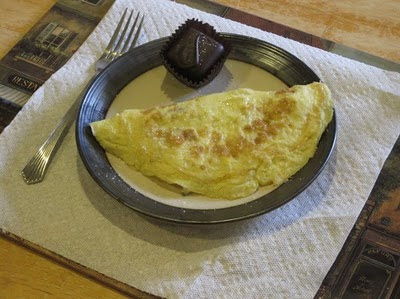 crab omelet (with a side of S'mores)
Later, we had a group trip planned to go strawberry picking at an organic strawberry farm.  This was a lot of fun but instead of picking, I just did a whole lot of eating.  I filled myself up on strawberries, which would most definitely qualify as survivor food because I was eating them right off the plants.  They were amazing.  Sweet as can be. 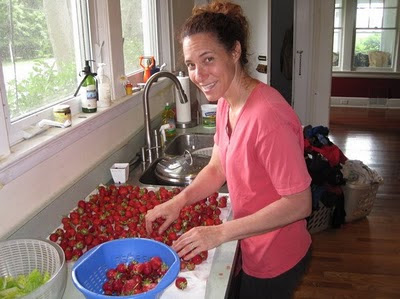 Debbie brought home about 5 pounds of berries and then when we got home, Pat arrived with a big box of the chocolate covered. . . strawberries.  I couldn't stop myself!  So good. 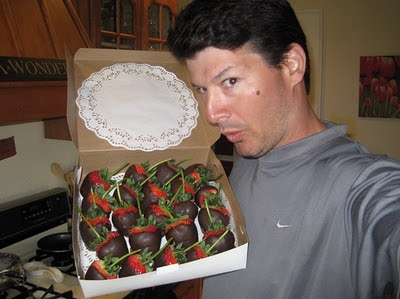 WOW! I could eat this picture all up!
Can you tell I have a little chocolate problem right now?  In the afternoon the birthday party came and although I tried to have some self control, I just couldn't.  One day after the SDC ends and I go completely sugar happy.  You would have too if you saw the spread.  I mean really - check this out. . . This cupcake was homemade with little individual sugar coated marshmallow swirlies on top: 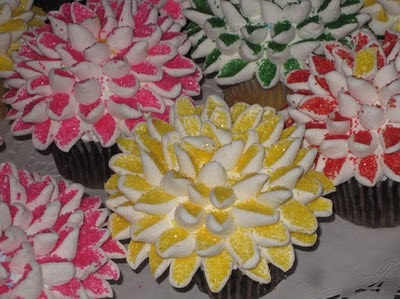 I'm not even going to reveal all of the other stuff I ate but I'm sure I will be paying the price very soon.  See, that's why diets suck.  Because there's always an end.  And when it ends, it's a free for all.  There HAS TO BE A PLAN IN PLACE for the end.  If not, then don't even bother.  So I'm going to treat this little food fest like a 'weekly reward' in the SDC.  I don't know if anyone noticed but I did not take my last weekly reward which was basically a pot luck - any meal I wanted.  When I caught those crabs, well, that was the meal I wanted.  So the reward was not necessary.  (I think I'm trying to justify my actions)

I'll try to be better from now on but with a fridge full of chocolate covered strawberries and a Valrhona brick on its way, I'm not making any promises.

"Greatness is primarily bravery to escape old ways and customs."
Posted by Doug Peterson at 8:38 AM